The Revis’ started their journey to the mission field going on 33 years ago. Steve, Judy and their 3 children arrived in Haiti on August 18, 1983. They began working with agriculture and after several years moved to the north west part of Haiti. There it was soon discovered that water for drinking and growing crops were a huge need. Well drilling started to become one of their major ministries. After purchasing land in the north west ("the farm"), they were able to help farmers in that area grow crops. Now they are able to provide 98 families with water to irrigate their farms.

The deaf ministry was started about 10 years ago, when Steve and Judy were able to take over for a couple who were looking to retire.  There are now four deaf schools located in Haiti that they are currently involved with. The deaf has been a growing ministry and continues to grow as many children have never had the opportunity to attend a school equipped for their needs.

CAMS has two churches in the North West part of Haiti. One is located at L'tang (“the farm") and the other is at LaPierre.  We have been working with the church at LaPierre for over 20 years. The church at L’tang began as a Sunday school held under the trees there on the property, but recently has become a church with a new building.

The pump at the farm recently has had to have some work done . This pump helps 100 families grow crops. 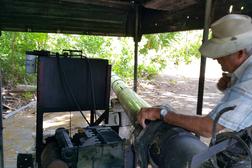 Over the last year the school at Verettes has grown from 4 children to 16!! We praise the Lord for the growth and ask for prayer as we are trying to help build them a new school since they have out grown their current location. 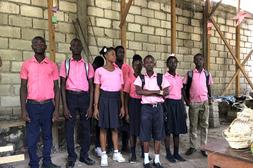 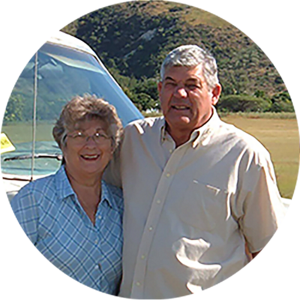